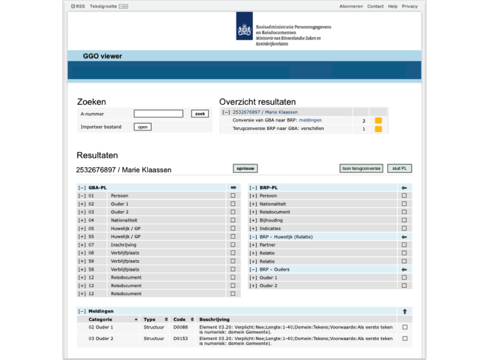 The goal of this large multi-year project is to replace the existing and outdated civil registry GBA system (Gemeentelijke Basisadministratie) with a new centralized system called BRP (Basisregistratie Personen).

BRP will be a full digital service that will be able to support municipalities by providing easy access to a centralized information base 24/7. The launch of BRP is expected by early 2017.

The development team that I was part of is responsible for building software systems for the conversion of the (millions of) GBA personal records to the new BRP data structure. These systems comprise mainly of back-end systems but the municipalities required a ‘viewer-application’ that would allow their civil registry experts to check the conversion of individual records. This could be records flagged by the batch conversion processes or special cases that would need in depth analysis. The viewer would also be used for training purposes.