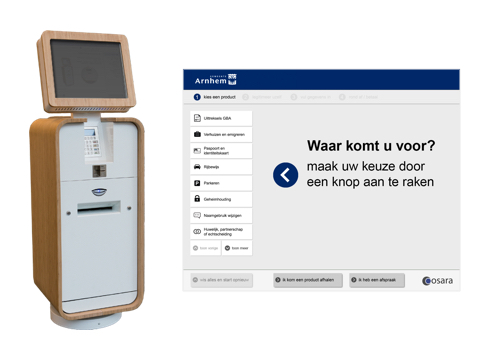 Soon after releasing the first version of the self-service kiosk in the city of Haarlem in 2011, Osara felt a redesign was necessary to take the customer experience and usability to the next level. Niblick was asked to lead the redesign.

The redesigned kiosk was launched by early Spring 2013 and was well received by the city of Haarlem.

Since then several other municipalities have shown interest and in October 2013 the second municipality joined as the kiosk was launched in the city of Bodegraven.

Together with a business consultant from Osara I was responsible for the full UI design and development cycle.