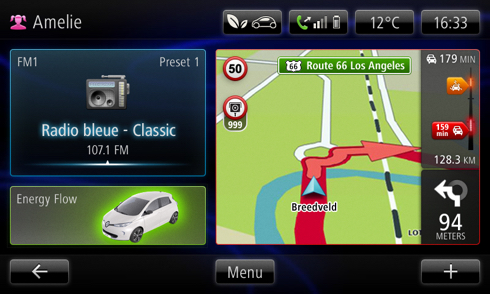 With an HMI (Human Machine Interface) concept from Renault as basis, the TomTom Automotive UXD team designed and specified the user interface for the R-Link in-car infotainment system that was launched by Renault in 2012.

My role was in design management and in leading a team of, in total, 6 interaction and visual designers.

My team was also responsible for guiding the TomTom development team with UI specs, asset production and reviews.

A large part of my role was to act as a bridge between the Renault HMI team in Paris, France and the TomTom Automotive project management and development teams in Eindhoven, Netherlands.